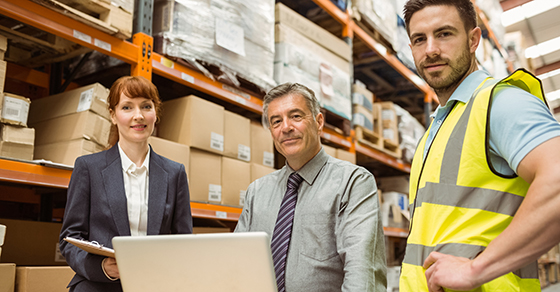 The U.S. Department of Labor (DOL) has begun taking steps to loosen the reins on employers, turning away from some Obama administration initiatives. While recent actions indicate that the crackdown on joint employers and employers using independent contractors is over, it’s important to remember that employment-related tax laws are enforced not by the DOL but by the IRS — so these changes have no effect on liability for payroll taxes. In particular, a worker who would be considered an independent contractor by the DOL could nonetheless be deemed an employee for tax purposes.

Earlier this year, the DOL announced that it was withdrawing its 2015 and 2016 guidance on joint employment and independent contractors. The guidance, known as “administrator interpretations,” didn’t represent enforceable law but was important because courts often defer to an agency’s interpretation of the laws it enforces. These interpretations reflected the Obama administration’s move to expand employer liability under the federal wage and hour law, the Fair Labor Standards Act (FLSA).

The guidance regarding joint employment established new standards for determining whether a company could be held liable for FLSA violations by its franchisees, staffing agencies and contractors as a joint employer. Moreover, when two or more employers jointly employ an employee, the employee’s hours worked for all of the joint employers during the workweek are aggregated for purposes of determining if overtime pay is due. According to the guidance, the concept of joint employment, like employment generally, should be defined expansively for FLSA purposes.

The independent contractor guidance addressed the appropriate standard for determining whether a worker is misclassified as an independent contractor under the wage and hour law. It applied an “economic realities” test that evaluates whether the worker depends economically on the employer and explicitly stated that “most workers are employees under the FLSA.” Notably, the 2015 guidance asserted that FLSA covers an employer’s workers even if the employer doesn’t exercise control over them — as long as the workers are economically dependent on the employer.

Independent contractors and the IRS

Employers have understandably welcomed the DOL’s pullback from expanded FLSA liability, but they could still find themselves on the hook for employment taxes for workers they don’t consider employees. Generally, employers must withhold income taxes, withhold and pay Social Security and Medicare taxes, and pay unemployment tax on wages paid to employees. They aren’t required to withhold or pay any taxes on payments to independent contractors.

The IRS focuses on the employer’s right to control the details of how the worker’s services are performed. It considers three categories of factors related to the degree of control:

Instructions, training and performance evaluations can indicate that the employer has that right. Detailed instructions about how to do work, training on procedures and methods, and evaluation systems that measure the details of how work is performed (vs. the end result) all suggest an employment relationship.

2. Financial control. This category includes evidence that the employer has the right to control the economic aspects of the job. If the worker incurs significant unreimbursed expenses, has a major investment in the business, provides the tools or supplies needed to perform the job, and is available to work for other companies or clients, he or she is more likely to be an independent contractor.

The method of payment also is relevant. Employees generally are guaranteed a regular wage amount for an hourly, weekly or other period of time, while independent contractors typically are paid a flat fee.

3. Type of relationship. The final category encompasses facts that show how the worker and employer perceive their relationship. For example, providing a worker with traditional employee benefits, such as insurance, pension plans, paid vacation, sick days and disability insurance, can indicate the employer’s intent to treat the worker as an employee. However, the lack of benefits doesn’t necessarily mean the worker is an independent contractor. The IRS also considers whether the relationship is expected to continue indefinitely, as opposed to only a specific project or period.

Other areas the IRS focuses on include whether a worker provides services that are a key part of the business. If this is the case, the business is more likely to have the right to direct and control his or her activities. Be aware that a written contract stating that the worker is an employee or independent contractor is not controlling. It’s how the parties work together that settles the matte.

Employers that have misclassified employees as independent contractors might qualify for tax relief from the IRS’s Voluntary Classification Settlement Program (VCSP). Under the program, eligible employers can voluntarily reclassify workers as employees going forward.

To participate, an employer must currently treat the workers as independent contractors or other nonemployees and have consistently treated them that way. Employers also must have filed all required Forms 1099 for the workers for the previous three years. An employer cannot currently be under an IRS employment tax audit or under DOL audit regarding worker classification.

In exchange for reclassifying workers, an employer’s liability for past payroll obligations is reduced to only 10% of the taxes that may have been due on compensation paid to the workers for the most recent tax year — a substantial savings. Employers also are excused from any interest or penalties and can’t be subject to an employment-tax audit on the classification of workers in previous years. Consult with us about this program before contacting the IRS.

If you’re uncertain about whether a particular worker is an employee or independent contractor, contact us. We can help assure that you’re in compliance with relevant laws and regulations.