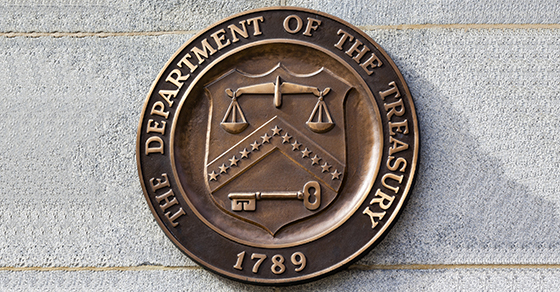 The U.S. Department of Treasury and the IRS recently issued their much anticipated report on several tax regulations that had earlier been identified for review in Executive Order 13789. The report recommends the complete withdrawal, substantial revocation or revision of all of the regulations, including one that had been especially dreaded by the owners of some family-held businesses and their heirs.

Genesis of the recommendations

Executive Order 13789 directed the Secretary of the Treasury, Steven Mnuchin, to identify significant tax regulations issued by the Obama Administration in 2016 and January 2017 that impose an undue financial burden on U.S. taxpayers, add undue complexity to the tax laws or exceed the authority of the IRS. In June, the Treasury Department released an interim report enumerating eight such regulations. The government invited the public to submit comments. The new report, titled Identifying and Reducing Tax Regulatory Burdens, follows up on the interim report, laying out specific recommendations for the treatment of each regulation.

The report advises the withdrawal of proposed regulations for two provisions of the Internal Revenue Code (IRC):

Section 2704, Restrictions on Liquidation of an Interest for Estate, Gift or Generation-Skipping Transfer Taxes. This section describes special valuation rules for intrafamily transfers of interests in family-controlled entities. The proposed regulations were intended to reduce the use of such entities to generate artificial valuation discounts (for example, for lack of marketability or control) that depress the value for gift and estate tax purposes.

They specifically address the valuation of interests in corporations and partnerships for estate, gift and generation-skipping transfer tax purposes and the treatment of lapsing rights and restrictions on liquidation when valuing transferred interests. The regulations narrow well-established exceptions and expand the class of restrictions on the ability to liquidate family-controlled entities that are disregarded under Section 2704 when valuing an interest for transfer tax purposes. They also require an interest in a family entity to be valued as if disregarded restrictions didn’t exist and don’t allow exceptions for interests in active or operating businesses.

Commenters complained that it wasn’t reasonable to value an entity interest as if no restrictions on withdrawal or liquidation existed in either the entity’s governing documents or state law. The Treasury Department and the IRS agreed, deeming the proposed regulations’ approach to the problem of artificial valuation discounts “unworkable.” Among other problems, they found, the regulations could have affected valuation discounts even where factors like lack of control or marketability weren’t created artificially to depress value (for example, where restrictions were created to keep a business in the family).

Notably, the report contained no indication that further guidance on this issue is forthcoming. It states only that the proposed regulations should be withdrawn in their entirety. This is encouraging news for family business owners who wish to pass their businesses to their relatives.

Section 103, Definition of Political Subdivision. The proposed regulations for Section 103 narrow the types of entities that can qualify as “political subdivisions” of a state and thus be eligible to issue tax-exempt bonds. Specifically, they require a political subdivision to both possess significant sovereign power and meet enhanced standards to show a governmental purpose and control. Commenters said these heightened requirements would force costly and burdensome structural changes.

The Treasury Department and the IRS expressed support for some enhanced standards for qualifying as a political subdivision but characterized these regulations as having a far-reaching and unjustified impact on existing legal structures. They’ll continue to study the area and may propose more targeted guidance in the future but recommended withdrawing the proposed regulations.

Regulations to consider revoking in part

Section 7602, Participation of Private Contractors in IRS Summons Proceedings. Final regulations for Section 7602 allow the IRS to hire private contractors to assist with conducting audits. These contractors can “participate fully” when the IRS interviews taxpayers or other witnesses summoned to provide testimony. According to the report, these regulations have attracted public attention and criticism, especially as they relate to the roles of outside attorneys.

The Treasury Department and the IRS are considering proposing an amendment to the regulations that would prohibit the IRS from using private contractors in summons proceedings. Outside attorneys couldn’t question witnesses or play a behind-the-scenes role, such as reviewing summoned records or consulting on IRS legal strategy. The regulations would, however, permit the continued use of outside subject matter experts (for example, economists or engineers).

But the report recommends retaining the regulations that limit the tax benefits of bottom-dollar guarantees. It notes that, before these proposed and temporary regulations were issued, sophisticated taxpayers could use the liability allocation rules to create tax basis artificially to shelter or defer tax liability without meaningful economic risk.

Section 385, Treatment of Certain Interests in Corporations as Stock or Indebtedness. The final and temporary regulations on the classification of related-party debt as debt or equity for federal income tax purposes received a “very large” number of comments, some in support and some opposed. The regulations were intended to keep multinational companies from shifting their profits offshore to avoid taxes. They consist of two sets of rules: the documentation regulations and the distribution regulations.

The documentation regulations apply principally to U.S. companies and require corporations claiming interest deductions on related-party loans to provide minimum documentation for the loans to facilitate the objective evaluation of an arrangement’s tax character (that is, is it debt or equity?). The Treasury Department and the IRS concluded that some of the requirements would have compelled corporations to build costly new systems to comply. In fact, they had already announced that application of the documentation rules would be delayed until 2019. Now, they’re also considering a proposal to revoke the rules and develop revised rules that would be less burdensome.

The distribution regulations apply primarily to interests issued to related-party non-U.S. holders. They limit earnings stripping, a practice often used to minimize taxes after a foreign takeover of a domestic corporation or a corporate inversion (when a U.S company merges with a foreign firm and then changes its tax address, or domicile, to the foreign country). The Treasury Department and the IRS indicated in the report that they expect the tax reform work underway in Congress to eliminate the need for the distribution regulations and make it possible for them to be revoked. Should that not occur, the Treasury Department will reassess the rules and may propose more targeted regulations.

Section 367, Treatment of Certain Transfers of Property to Foreign Corporations. These final regulations eliminate the ability to transfer certain property, including foreign goodwill and going-concern value, to foreign corporations without immediate or future U.S. tax. The Treasury Department and the IRS believe the regulations address issues better tackled as part of the tax reform efforts underway in Congress. In the meantime, they’ll continue to implement the regulations but also plan to expand the exceptions to include outbound transfers of foreign goodwill and going-concern value attributable to a foreign branch under certain circumstances.

Section 337(d), Certain Transfers of Property to Regulated Investment Companies (RICs) and Real Estate Investment Trusts (REITs).Temporary regulations amend existing rules on transfers of property by C corporations to RICs and REITs. They also include rules related to provisions of the Protecting Americans from Tax Hikes Act of 2015 that prevent certain spinoff transactions from qualifying for nonrecognition treatment. The Treasury Department and the IRS agreed with some commenters that the regulations may cause too much gain to be recognized when a small corporation engages in a spinoff and is subsequently acquired by a large corporation that is or becomes a REIT. They’re considering revisions that would substantially reduce the immediately taxed gain of the larger corporation by limiting it to the smaller corporation’s assets.

Section 987, Income and Currency Gain or Loss with Respect to a Qualified Business Unit. The Treasury Department and the IRS have released a notice deferring application of final regulations addressing federal taxation of foreign currency transactions through qualified business units until at least 2019. They also indicate in the report that they plan to propose modifications to allow taxpayers to elect a simplified method of calculating Section 987 gain and loss.

As the Treasury Department states in its latest report, it continues to analyze all recently issued regulations and is mulling possible reforms to additional regulations. It also expects to release additional reports on reducing tax regulatory burdens, including on the status of the recommended actions described above. Please contact us if you have questions about how these recommendations may affect you or your business.