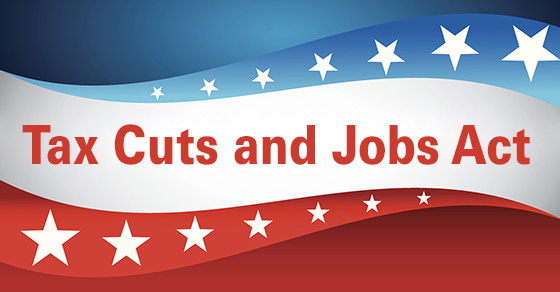 Update: On November 16, the U.S. House of Representatives passed the Tax Cuts and Jobs Act by a vote of 227 to 205. What are tax reform’s next few steps? On November 17, the Senate Finance Committee approved its own tax reform bill, and the full Senate is expected to weigh in on the bill after the Thanksgiving holiday. If the Senate passes its bill, the House and Senate will work to reconcile their two bills into a final piece of legislation.

On November 2, after months of discussion, the U.S. House Ways and Means Committee released its sweeping bill to reform the tax code. Here’s a brief rundown of some of the individual and business provisions in the 429-page Tax Cuts and Jobs Act. Generally, the changes would go into effect after December 31, 2017, but there are exceptions.

There would be an increased child tax credit and a new family credit. Currently, parents can claim a tax credit of $1,000 for each qualifying child under the age of 17. The credit begins to phase out once AGI is over $75,000 for singles and $110,000 for joint filers. Under the bill, the child tax credit would be increased to $1,600. An additional credit of $300 would be allowed for family members who aren’t qualifying children for tax years before 2023. There are a number of rules and qualifications for these proposed credits, including phaseout amounts.

The charitable contribution deduction would be retained. But several changes would be made to the rules applicable to donations made after 2017. In addition, a special rule that provides a charitable deduction of 80% of the amount paid for the right to purchase tickets for college athletic events would also be repealed.

A number of personal tax breaks would be repealed. These include the deductions for state and local income or sales taxes, personal casualty losses, medical expenses, alimony payments, moving expenses, student loan interest, tax preparation expenses and more. The adoption tax credit and the credit for plug-in.

Acquisition debt limit for mortgage interest deduction would be reduced. Currently, an itemized deduction for mortgage interest can be claimed for a principal residence and one other residence on up to $1 million of acquisition debt and up to $100,000 in home equity debt. Under the proposed bill, the $1 million limitation would be reduced to $500,000 for homes purchased after November 2, 2017, and interest could be deducted only on a principal residence. Home equity debt incurred after the effective date wouldn’t be deductible.

The corporate tax rate would be reduced. The current maximum corporate rate of 35% would decrease to 20%. Personal service corporations (such as law, architecture and accounting firms) would be subject to a 25% tax rate.

A special rate would be established for “pass-through entities.” Currently, owners and shareholders of businesses organized as sole proprietorships, partnerships, limited liability companies and S corporations report net income on their individual tax returns at rates of up to 39.6%. Under the proposal, a portion of net income distributed by a pass-through entity to an owner or shareholder could be treated as “business income” subject to a maximum rate of 25%. The remaining net business income would be treated as compensation and continue to be subject to ordinary individual income tax rates. A number of other rules would be added for pass-through entities.

Enhanced expensing of qualified property would be permitted for five years. Under the proposed bill, instead of bonus depreciation, businesses could fully and immediately expense 100% of the cost of qualified property acquired and placed in service after September 27, 2017, and before January 1, 2023 (with an additional year for certain property with a longer production period). There would also be enhancements made to the Section 179 expensing deduction.

Limits would be placed on popular tax strategies. This would include limits on businesses claiming net operating losses and on taxpayers engaging in Section 1031 like-kind exchanges.

A number of business tax breaks would be repealed. The domestic production activities deduction would be repealed. In addition, no deduction would be allowed for entertainment and recreation activities or facilities. (Currently, a deduction of up to 50% of such expenses is allowed if they’re directly related to a taxpayer’s trade or business.) A number of other tax breaks would also be eliminated, including the Work Opportunity tax credit for hiring employees belonging to certain target groups, the credit for employer-provided child care, the credit for expenses to rehabilitate old and historic buildings, the credit for expenses related to providing access to disabled individuals, and more.

Remember, these are only some of the changes in the proposed Tax Cuts and Jobs Act. For example, there are many additional provisions related to the taxation of foreign income.

And it’s likely the bill is far from final. In fact, it has been described by the chairman of the House Ways and Means Committee as a starting point for negotiations. The bill could go through revisions, beginning the week of November 6. Lawmakers and special interest groups will weigh in with their views, including criticisms that the changes will add to the federal deficit.

President Trump and GOP lawmakers would like to pass tax reform sooner rather than later. However, before that can happen, a bill would have to be voted on by the full House and the Senate, which is working on its own tax plan. We’ll keep you updated on all major tax reform news.